There are a number of options available if you are trying to decide which type is right for you and we're here to help you choose.
Your pension is important. It can provide an essential money-source for your dream retirement and enable you to live the lifestyle you have worked hard to obtain, however, pensions have also changed significantly over the last 20 years.

You may have had several jobs or had a period of self-employment which will have affected the type and complexity of your pension.

We are in a position to fully review and analyse your existing pension provisions, whilst taking into consideration your circumstances in order to recommend the most suitable plan. After ascertaining your provisions we will advise whether your pension is better off staying where it is, or the course of action to be implemented that will enhance your benefits.

Here at Pentagon Wealth we can help you clearly understand your options and give pension advice that is suited to your circumstances and individual needs.

Speaking to an advisor can offer the clarity and the planning you need to achieve these goals. Below are some of the options available if you are trying to decide which type of pension is right for you.

If you are not working you can put – or have someone put in on your behalf – up to £3,600 a year including tax relief into a stakeholder pension.

Given that each of us has the ability to fund a stakeholder pension, it means you can set these up for children and/or grandchildren and get tax relief on the contributions.

If you are employed or have income from self-employment the amount you can contribute to a Stakeholder pension is the same as for any other type of defined contribution pension. These are often viewed as the ideal pension plan for new savers as the charges which can be levied by the pension provider are capped by legislation.

Stakeholder pensions are typically offered by traditional pension companies (Insurance Companies) and are not available as a platform pension.

Personal pension plans (PPP) were introduced in 1988 to enable the self-employed, and employees working for companies not operating a group pension scheme, to build up a pension fund for retirement. They replaced Retirement Annuity Plans although, if already held, the existing plans could continue and would not necessarily require replacing.

An employer may contribute to an individual’s PPP but this is not obligatory (unless the plan is being used to meet the employer's auto enrolment obligations). PPPs can move with individuals when they change jobs.

A SIPP is a variation on a defined contribution pension, but because of the way the product is set up you have much more freedom over what you invest in and more control over how it is invested.

SIPPs can be accessed in two ways, through an investment platform or a specialist SIPP provider.

A platform SIPP is often referred to as a low-cost SIPP or a ‘Lite’ SIPP as it does not allow the same range of investments that a specialist SIPP is able to offer.

A specialist SIPP offers the widest possible choice of investments, but most advisors would not recommend a specialist SIPP to someone with a small pension fund because of the charges that can be imposed.

The introduction of platform-based SIPPs has made them more accessible to people with smaller funds who want to be able to access a wider range of investments.

Typically, a specialist provider will still be needed if you want to use your SIPP to purchase a commercial property.

Some SIPP providers will allow you to select and manage your SIPP investments. However, the investment decisions you make will ultimately determine your retirement pot and therefore we would encourage anyone considering using a SIPP to seek professional regulated financial advice.

An SSAS is a small occupational pension that is usually used for the directors or senior employees in a company, and the maximum number of members in one of these schemes is 12. These schemes are also open to members of employees’ families, even if they do not work for the employer.

Although it is possible to set up an SSAS as a Defined Benefit scheme it is more common for an SSAS to be set up as a defined contribution pension, so the amount you receive is directly linked to the performance of the underlying funds in the same manner as any other Defined contribution arrangement.

The trustees of the scheme, who are usually the scheme members, hold the assets on a pooled basis so there is no individually identified pension pot for the members of the scheme.

For a company, the major benefit of an SSAS is that it is possible to buy the premises being used by a company and then lease it back to the firm, and it can also, in some cases, lend money to the company or purchase company shares.

The State Pension is intended to ensure that everyone has a basic amount of money to support them in their old age and is paid every four weeks, directly to your bank account if you wish.

The new State Pension was introduced for everyone reaching state pension age on or after 6th April 2016 and you need to have contributed for at least 35 years to qualify for a full state pension under the new rules.

To qualify for any new State Pension at all, you will need to have paid national insurance contributions for at least 10 years. Those with between 10 and 34 years of contributions will receive a proportion of the pension.

One of the most frequent questions we are asked by our clients is 'how much State Pension will I get?'.

This is not a simple question to answer as the amount of State Pension you will receive is based on your National Insurance (NI) record.

If you have paid National Insurance Contributions under both the old and new state pension regime establishing how much State Pension you may receive is even more complicated! You can obtain a State Pension forecast using the Government Gateway and our advisors are always happy to discuss ways of improving your State Pension entitlement.

If you have a pension and would like help in deciding the best approach, get in touch and speak to one of our advisors who can help you.
Pensions are a long-term investment. You may get back less than you put in. Pensions can be and are subject to tax and regulatory change; therefore the tax treatment of pension benefits can and may change in the future. 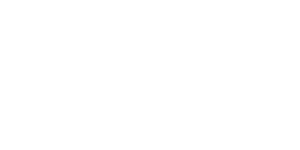 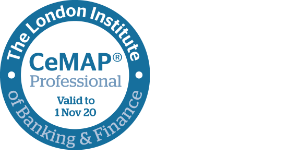